Systematic, sustained and concerted action is required to significantly enhance the creative and innovative capacities of young people in ways that are relevant to employability.

Research underpinnings for innovation and creativity

Since the 1960s psychological research has shown that a variety of factors influence the capacity for creativity and innovation. Edward de Bono’s theory, for example, promotes lateral thinking as a way to help people to come up with fresh ways of solving problems.

Mihaly Csikszentmihaly’s work suggests that innovation and creativity cannot be reduced to a purely intra-individual concept or to the creation of something ‘new and valuable’. Instead it should be seen as the interaction between the person and the sociocultural surrounding. He defines creativity as any act, idea or product that changes the existing domain or that transforms an existing domain into a new one. It is important to be able to cultivate this capacity in individuals, groups, communities and organisations.

The studies also show that the creative potential is higher for those having a broader spectrum of intelligence rather than those having their IQ determined, linked or confined to a special skill for mathematical and/or logical thinking.

The effectiveness of non-formal education methods in fostering creativity, are considered in Future Learning: preparing for change. The paper identifies challenges in Europe in terms of the aging society, over-population leading to migration, and economic crisis. Reacting to these challenges, it is argued, requires new approaches, skills and competences, including creative and innovative capacities. Developing these capacities requires new forms of validation and evaluation in the formal education system, involving new methods of teaching and training.

Research on the impact of non-formal education, particularly youth work, shows promising outcomes. The RAY study of Fennes et al,( 2013) examines various methods of non-formal education in the EU Youth in Action Programme, and shows how these address eight key competences for lifelong learning, from the perspective of participants and the leaders of projects. Non-formal learning in Youth in Action projects is provided in various ways:

Participants frequently report that these types of learning experiences were new to them. The RAY study also shows that the projects have a significant impact on learning development with regard to entrepreneurship, with smaller improvements in interpersonal and social skills, and the ability to talk in a foreign language. In addition, working in teams is perceived as the most strongly developed skill, followed by intercultural competences, and the skill to negotiate joint solutions from different viewpoints. It would be highly productive to undertake a deeper examination into the impact of development in these areas concerning the labour market chances of young people. What is already known is that special training on entrepreneurial skills has an effect on the wish to become entrepreneurs.

Although creativity and innovative capacity are implicit in entrepreneurial skills, training needs to focus more explicitly on their development. In the 2009 OECD Handbook on this topic, education is described as generating motivation, attitudes and competencies for entrepreneurship. In practice, however, young people also need assistance in setting up and establishing new firms. Mentoring is an important element in support for entrepreneurship training in higher education. In Europe the training of entrepreneurial skills is not well developed in the higher education system, and needs to be cross-sector and horizontal.

The contribution of youth work

The skills and competences described in the previous section are broadly consistent with the outcomes that are most commonly associated with youth intervention activities such as relationships with others, sense of self, values, beliefs and future aspirations.

The EU Youth Strategy (2010-2018) advocates a cross-sector approach to youth issues and has a number of instruments to facilitate such an approach, including collection of data and examples of good policy practice, for example the promotion of good practices on inter-ministerial cooperation. Where such structures exist, these can be involved in developing national Youth Guarantees.

Youth work can play a key role in reaching out to all young people, including youth with fewer opportunities. It helps in supporting re-integration, through its close and informal contacts with young people, youth-friendly outreach and ability to instil trust in young people to get in touch with authorities. Youth work already delivers individual support on occupational orientation and counselling, tailored to the particular challenges of different young people, in an informal environment (for example, youth centres, clubs, and street work). This is in line with ‘tackling different issues along the pathway to employment and paying attention to vulnerable groups that are more likely to cumulate multiple disadvantages’ (Eurofound, 2012). It is imperative that such support is linked to activities by employment services and other partners.

In May 2013, the Council adopted conclusions on the contribution of quality youth work to the development, well-being and social inclusion of young people. The Council recognises, quality youth work supports young people’s participation, development and progression in a way which affirms their strengths, enhances resilience and competences and recognizes their potential to build individual, communal and social capital . The Irish Presidency also adopted a declaration on 21 June 2013 on the value of youth work in helping young people through the crisis, emphasizing the importance of visibility and quality of youth work and the need to develop partnerships including youth work. Whilst the policy environment is comprehensive it does not always lend itself to concrete actions on the ground. Moreover, funds tend to find their way to the usual outlets with little regard for the responsive and creative ways of engaging with young people that typify many worthy but underfunded youth projects.

Increasing awareness of entrepreneurship as a career option and developing a set of knowledge, skills and attitudes that are conducive to entrepreneurial behaviour, has been identified by the OECD and European Union (2012) as an important goal. Young people need support, however, to be in a position to consider selfemployment and entrepreneurship as viable options. This includes the simplification of administrative procedures, provision of information about social security systems, and better access to business incubators. It involves the integration of entrepreneurship in education (formal and non-formal) from an early stage, involving youth organisations in developing these education programmes.

Crucially, and particularly for disadvantaged young people, it requires support from highly skilled and knowledgeable non-formal education workers, and especially youth workers who need to be able to: 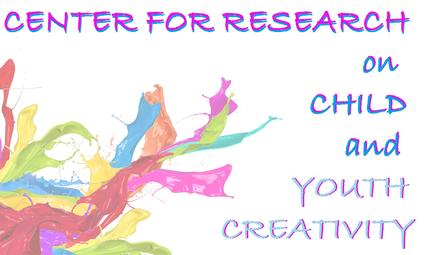